up to £250 additional online discount
On 12th May 50 years ago, Anglian Home Improvements was set up by George Williams, making windows from his garage. Back then the company was known as Anglian Windows, but as the company grew, so did the product portfolio as they introduced doors, conservatories, garage doors and roof trim.

Anglian are now celebrating 50 years improving British homes, so to highlight how far the company has come, we thought we’d share 5 facts from throughout the years.

Daphne Courtney was Anglian’s longest serving employee, with 48 years as part of the Anglian family! She worked with the company founder George Williams for the majority of her time at Anglian.

In the 1800s this building in Tombland, Norwich started out as a pub before becoming a local shop and Army & Navy Store. It was a supply store up until 1981 when the building returned to its roots becoming The Edith Cavell pub, named after the heroine nurse who gave her life saving the lives of others.

During this time decorative glass was growing in popularity and Anglian had just added it to their range or products. Upon reopening Anglian’s talented decorative glass workers were commissioned to create a new decorative glass window for the popular public house. This window still stands today, 30 years later.

As the market leading home improvement company, we manufacture a lot of products! Here’s a little breakdown to give you an idea on just how much work we’re doing.

In 1992, Anglian introduced gas filled sealed units to improve the performance of their windows. This revolutionary change increased the heat and sound insulation while the improved sealing technique offered greater moisture resistance, prolonging the life expectancy of the windows.

This change has been developed over the years along with improvements in the glass, window profiles and even the gas used to give you the super A++ performing windows available today.

In 1992, the Princess Royal visited Anglian Home Improvements toughening plant to congratulate Anglian staff for their fund raising for Save the Children Fund. A Knight on horseback presented the Princess Royal with a bunch of flowers. 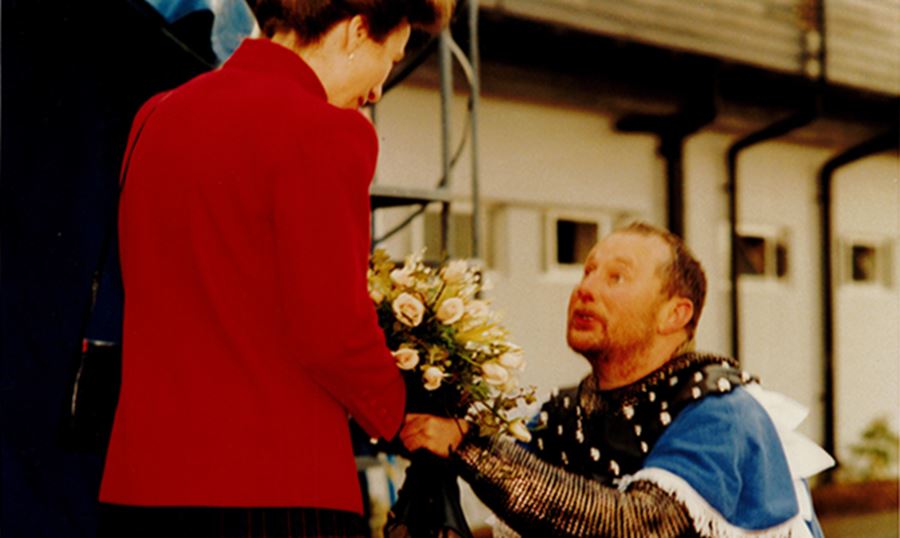 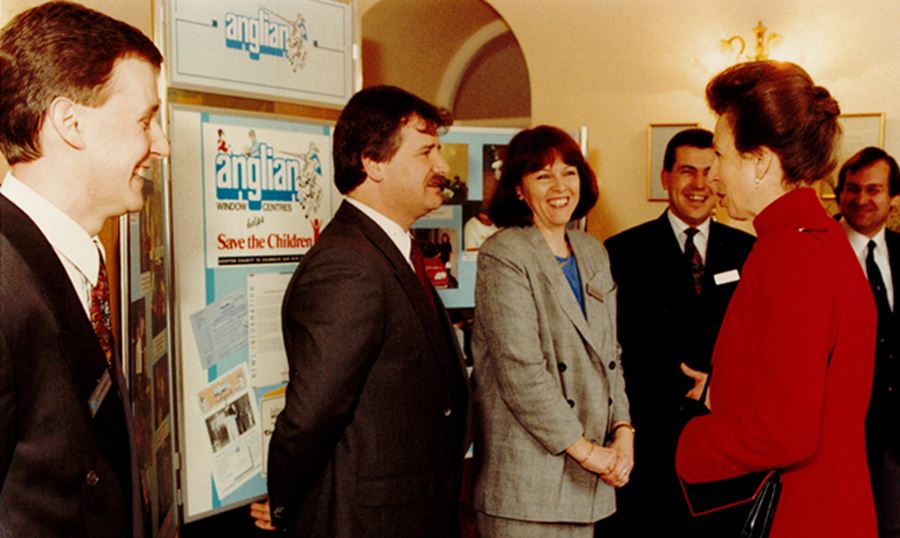