The Cave family’s veranda conservatory in the southwest of London started as a labour of love. They wanted to add this new outdoor space because of their elderly dog, who often had to be let out in the middle of the night – which, as we all know, isn’t always an easy (or particularly dry) task in the rainy UK.

That’s where their new conservatory came in. Made with white uPVC and glass, it’s a garden room at heart, with French doors and floor-to-ceiling tilt and turn windows. But ultimately for the Caves, the veranda was the most important part – it provides shelter from the elements for late nights with the pup, and looks pretty modern, too. 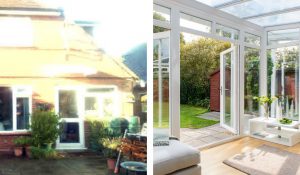 Here’s what the Cave family had to say before their veranda conservatory installation:

A: We have lived in the property for 40 years.

Q: What was the reason for wanting to have a conservatory installed?

A: The main reason was because of our dog. She is elderly and often has to be let outside in the night. Originally, we were looking at getting a standalone veranda, so we didn’t get wet when we went outside, but we knew that we did eventually want a conservatory. It was great that Anglian was able to combine the two. 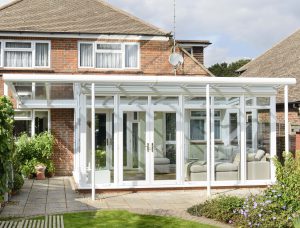 Q: What was the most important thing for you when considering a conservatory installation?

A: No, we came straight to Anglian, as theirs was the only design that we liked! 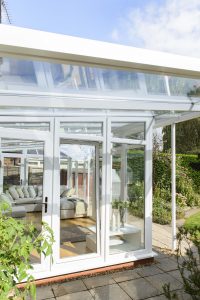 A: The design of the Anglian conservatory veranda. We love that we could combine the conservatory and veranda, but also love the reverse garden room.

And here’s what they had to say after installation:

A: The installers were marvelous; they worked so hard – right from base workers to the very end. 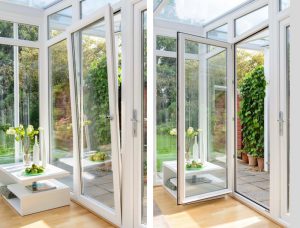 A: The veranda has to be my favourite feature, however I do love how much light the conservatory lets into the rear of our property. I can sit in the middle of winter but feel like I’m in the Caribbean!

Q: What is the main benefit from having a conservatory installed?

A: The space – we have another large room that is light and has also made the house warmer. 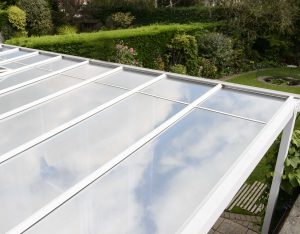 Q: Has your Anglian conservatory improved the appearance/saleability of your property?

A: I should imagine so – we have no intention of moving so have not had the house valued, but it can only have improved the property.

Making your life a little easier can be stylish and simple – to see how Anglian can help make your home work better for you and your family, click here.