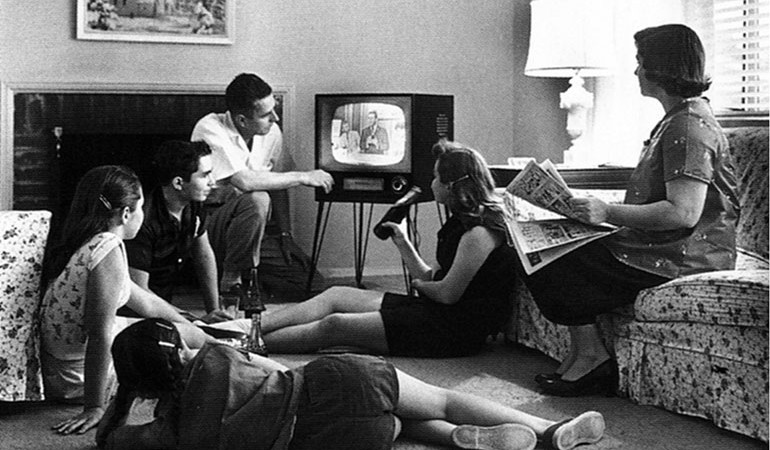 On the 21st November, we will be celebrating World TV Day, a day created by the United Nations General Assembly in 1996, in recognition of the impact television has on our lives. From decision making to informing us of world events, educating us and entertaining to creating communities.

The day itself hasn’t been created to praise the television itself, but the content that it shares with its viewers. The United Nations say the day is set up “In recognition of the increasing impact television has on our decision making by bringing world attention to conflicts and threats to peace and security and its potential role in sharpening the focus on other major issues, including economic and social issues.”

How TV has Changed our Way of Living

When the first TV was invented by John Logie Baird in 1925, he would never have imagined where it would be now or how it has changed people’s way of living. Rooms are now dedicated to gigantic screens, the TV tends to be a central point in everyone’s home and there’s normally more than one TV per household. Television broadcasting has grown to become an authority in our lives, showing us the latest news, sports and educational programmes, boosting trust in the millions of people tuning in every day. This leads to greater education to the viewers as they learn about different cultures, helping promote tolerance and give us a better understanding of global issues.

In a recent study by Ofcom, television sets would be the most missed devices among all adults (37%), whilst it was a smart phone for 16-24 year olds (59%) – another device that you can watch television on, showing how our viewing habits have evolved.

Fact – The UK watched on average 220 minutes of television per day during 2014.

As millions of people are watching the same programmes, communities and conversations are created – even more so now we’re in a dual-screen world (watching TV and on a device browsing social media/Internet) where we can instantly discuss our views of a show or see the views of others. It has helped unite us all by giving people from all walks of life a common ground to discuss, be it some classic Saturday night television shows or massive events like the Royal Wedding. Fact – Energy companies have to prepare to supply extra power during the ad breaks of large audience TV programmes – it’s called TV pickup. The biggest recorded pickup was at the end of the England v West Germany World Cup semi-final in 1990.

TV has evolved with ever improving technology, moving from bulky boxes with small, black and white screens to giant ones that can be almost paper-thin (or curved) and mounted on a wall. This has changed the way we decorate rooms, as we now consider where the sofas are in conjunction with the television for optimum viewing and we’re even looking at whether the TV can be disguised or hidden when we aren’t watching it. The humble television is now a smart piece of technology connecting us to the Internet at the click of a remote, also allowing us to stream catch-up services and download apps.

Fact – 15% of people surveyed by Ofcom use subscription on-demand services such as Netflix or Amazon Prime Instant.

TV has been a part of our lives for decades and it will be for decades more. Will you be spending your World TV Day with a marathon of movies, TV shows and documentaries? Let us know on Facebook or Twitter.