Home - More than one in 10 Brits have never enjoyed a foreign holiday, according to new research 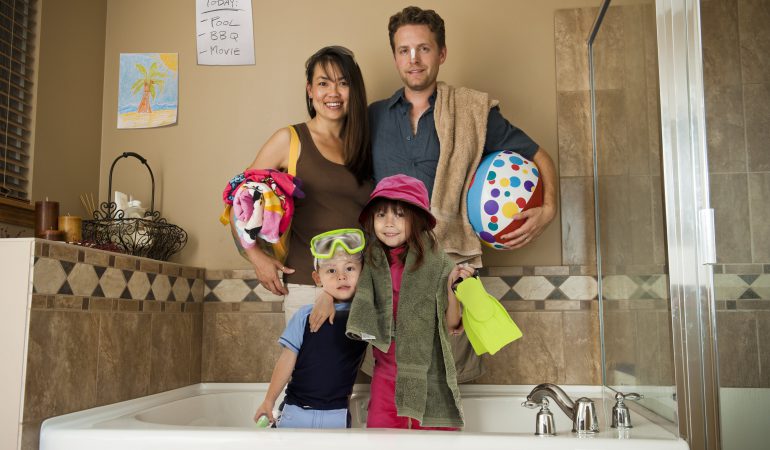 Our latest nationwide study has given us further proof (if ever we needed it) that home is definitely where the heart is! According to our survey of 1,500 people, the average Brit will be desperate to go home by day eight of a two week holiday abroad, and more than half (54 percent) have frequently wished by this point that they hadn’t bothered wasting the money on the trip.

Almost four out of five (78 percent) of Brits said they have struggled to enjoy at least one or two holidays in their lifetime, and 59 percent have fought with their family while abroad because no one seemed to be having fun.

When it comes to what disappoints British tourists, a quarter (24 percent) said it was the unsatisfactory accommodation, the same number (24 percent) were let down by food poisoning, and 22 percent simply find it too hot abroad.

More than one in 10 (12 percent) admit they just cannot switch off whilst away, 17 percent have disliked the food and a tenth find spending too much time with their family really annoying.

Our study also found that more than a third (36 percent) of Brits claim to have had a holiday ruined by home-sickness.

As many as 72 percent of British adults admit to getting homesick on holiday, with a massive 18 percent saying they suffer every time they go away.

Top of the list of things that Brits abroad miss most when on holiday is their own bed (50 percent), followed by having their own space (31 percent), their own pillow or bedding (26 percent) and their pet (24 percent).

More than a third (21 percent) simply missed their routine, and 19 percent wanted to see the friends and family they’d left at home.

Our study also found that 16 percent of Brits miss a proper cup of tea, 11 percent crave fresh milk, and nine percent pine for a Sunday Roast.

Almost a third (31 percent) of Brits admit to taking tea bags on holiday with them, while 18 percent packed coffee, 16 percent stashed chocolate and six percent even travelled with a jar of marmite.

As much as holidays are supposed to be a time for relaxation and fun, it seems that going away can actually cause unnecessary stress for us Brits.

According to the research, five percent of Brits would rather be at work and admit they secretly hate holidays.

18 percent prefer staying in the UK, and one in 10 would rather be at home than on a luxury trip.

Almost a fifth (17 percent) would actively describe themselves as a homebody and 12 percent get uncomfortable being away from home.

Our study also found that 31 percent of Brits take a special item abroad with them, with 28 percent packing a teddy bear and a fifth (21 percent) carrying photos of loved ones.

A further 18 percent took a childhood toy, 11 percent a family heirloom and 17 percent always travel with a pair of lucky pants.

Three quarters (74 percent) have panicked when they realised they left their lucky item at homes and 64 percent even went so far as to say their holiday was ruined without it.

Despite this, more than half (53 percent) have had a holiday abroad that was perfect from start to finish. At Anglian, we understand that your home is a haven for you and your family, and our study shows that there really is no place like home!

All our windows have up to 40% off